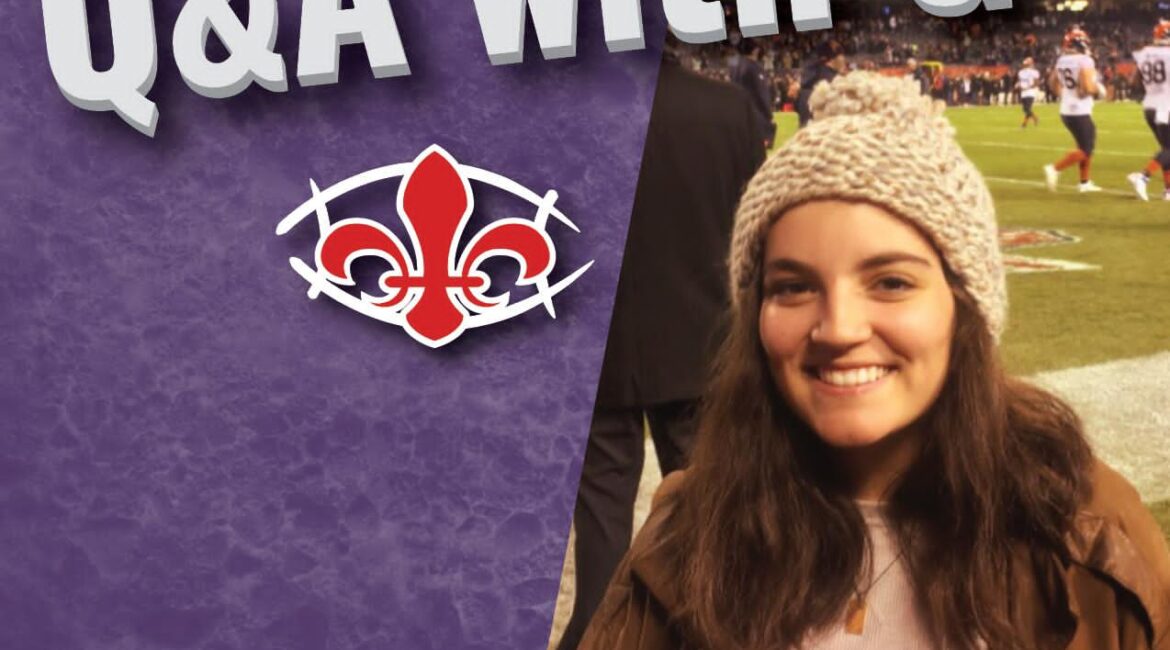 Ciao! This is the first of a series of my interviews with individual players to better understand the atmosphere around American football on the Guelfi as I know very little about the sport outside of the United States. When I came to learn about the Guelfi before I started working, the passion for the game that is palpably felt from just social media and the team’s website struck me as incredible based on my assumption that the sport had rather strict fan boundaries inside the continental United States and nowhere else.

I spoke with Mike Vannucci, a wide receiver who played for the Guelfi for three seasons from 2017-2019. I was fascinated by the concept of a fellow childhood NFL fan from the United States playing in a landscape that differs from what I know and understand as the traditional route of playing the game of American football.

Where are you from?
Long Island, NY

How did you get into football growing up?
My grandfather was a big time NYC football coach in the Bronx, at DeWitt Clinton. He was my mother’s father, so she was really big into football, and she grew up on the football field. My father loved the [New York] Jets, and loved football. So, I was around it as a young kid all the time. I always had a football in my hand, I was always around football, and it was always on the TV. That’s how the passion started growing from a young age.

What position did you play growing up?
When I was really young, I played quarterback because you always get to touch the ball. Then, I moved to running back all the way up until high school, and then I switched to wide receiver. Later, I also played linebacker and defensive back.

What was your journey in terms of school to then play in Europe?
I played high school ball in Long Island, and I had a good career there, a good senior season, so I went to play small Division III school ball at William Paterson University in Wayne, New Jersey. I was getting interest from Division II schools, as well, but I chose to go to William Paterson. I had a good career there and it afforded me the opportunity to play in some All-Star games. I played really well, and then got some more film and put them together and I got on Europlayers.com, which is like a recruiting profile to get chosen to play in Europe. I got a few teams that were very interested, and I ended up choosing the Guelfi, which was the best decision, because I have life-long friends, basically family.

How long did you play with Guelfi?
I was there in 2017 for six months, 2018 for six months, and 2019 for about four and a half. I got out of college late and if I didn’t have injuries, I would have stayed for another two years with them. It’s the best place ever.

How long has it been since you played with Guelfi?
My last game was in June 2019.

Were there any major or small differences in the style of play in Italy compared to what you grew up watching and playing in the United States?
The bigger differences are in the practice. Once you’re on the field and playing, it’s just football. Pretty high-level football, too, and people don’t realize that. It’s hard to go over there and dominate, it’s tough. There are some really great players, and really great coaches. And obviously throw in the American players that each team is able to get into the mix and it becomes really quality football. But the differences come in practices because we practice 2 days a week, sometimes 3, at 9 PM. Guys come in late because they’re coming from hours away, some of them. The culture of practice is different. If you don’t have an American coach, then you’re not having meetings every day, like you’re used to [in America], so you have a lot of free time. For some of the Italians, it’s not their job, but us as imports, as Americans, it is our job. So, for us, practices are really important. So, yeah the biggest difference is the culture around practice and preparation. For us it is so different from college where practice is 7 days a week, you’re always doing something whether it’s looking at film, workouts, training, lifting. In Italy, you’re more on your own in terms of scheduling and preparing outside of the team practices.

What did you see in Italy, in terms of people paying attention to the NFL?
I think because of being around the people we were around, basically paying to play, and they are giving up free time to play football, the guys know obviously not as much, like they don’t know the fifth wide receiver on the Cincinnati Bengals. But they know who is on the field for most teams, they know all the starting quarterbacks because they love football. They wouldn’t be playing in this situation, coming out of work and then going right to the football field if they didn’t love it. As far as the general population, they might know the top few guys, but for the most part it is the population we are around that are playing American football that really know the American football atmosphere and landscape in the US and the NFL.

What are you up to now?
I am back in school for one more semester to get my Physical Education degree. I got my Exercise Science degree back in 2015. I run a wide receiver academy here in Long Island, which is now basically full-time. With the PE degree, having your own business, there is always that scare of it could end at any minute, so if I am not making as much money as I like or something happens where the [academy] no longer exists or takes a major hit, I will be able to be a physical education teacher, as well. 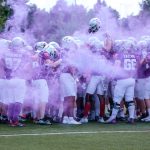 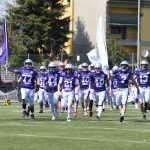 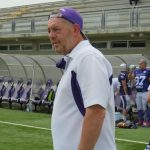